XRP, popularly known or operated as Ripple’s native token has suffered massive disruptions in its price.

Thanks to the ever-lasting lawsuit between Ripple and SEC. But as things stand, XRP supporters could see a rather promising sign despite the regulatory uncertainty.

Major cryptocurrencies recovered over the past 24 hours and broader equity markets strengthened at press time. But XRP witnessed a rather impressive jump- both in its price as well as in on-chain analytics.

The token showed bullish signs in the weekly time frame but traded inside a short-term corrective pattern.

According to 23 August Santiment analysis, XRP registered one of the better-looking Network Value to Transactions Ratio (NVT) charts within the entire crypto market. 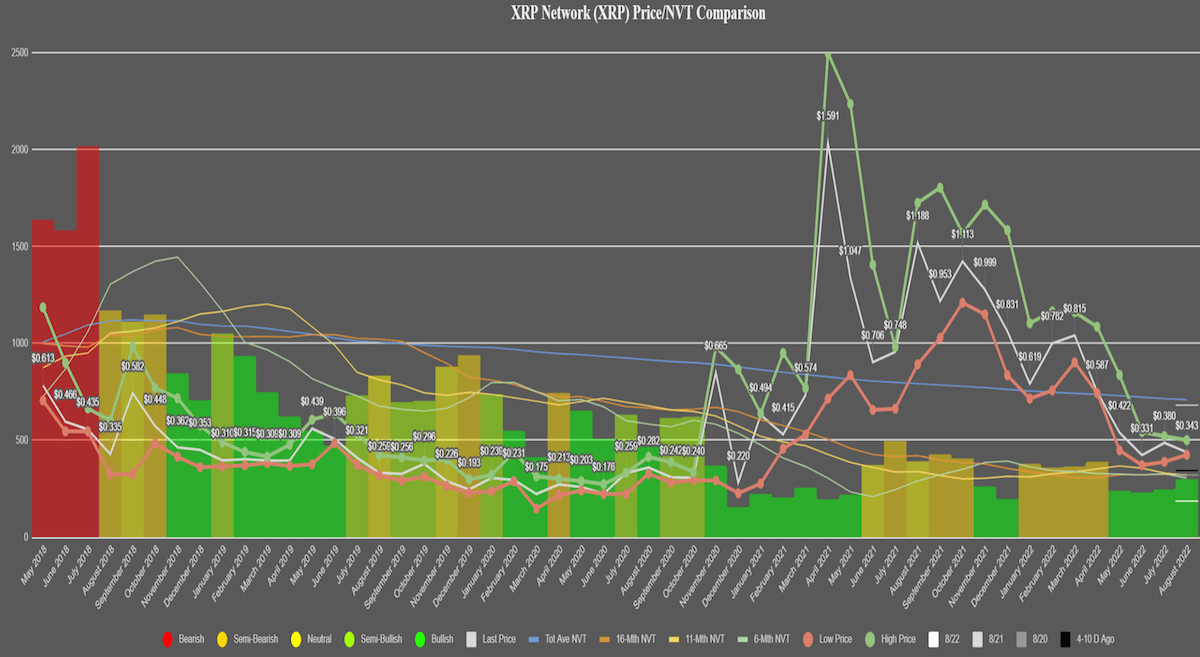 NVT shows whether the price of a token is overbought. In this case, the XRP’s price took a huge hit, dropping to multi-week lows at $0.33. Indeed, a bullish one as the market value and network usage weren’t too far apart.

Herein, when NVT values are high, the asset is considered bearish, as the worth of the network is overvalued. However, a coin or token is considered bullish if the market cap is undervalued compared to the high transaction volume.

Well, circulation picked up a lot of steam on the network in May, and like most assets, it was pulled down a bit further in June. But August had another plan.

“August appears as though it’s on its way to reveal a bullish or semi-bullish NVT divergence for XRP by the end of the month. And with four straight months in the green, this could be promising.”

I stand by you

Sensing the same, even dominant buyers (whales) seems to have surfaced in XRP’s line. In fact, XRP whales printed a three-month high in network activity as the token continued to weather low prices.

According to data from Santiment, the token saw 452 whale transactions of $100,000 and above, the highest count since May.

Not only this, but even exchanges have laid support for the token as we speak. Consider this- Binance on 22 August, incorporated a rewards system in the form of XRP for users participating in its “learn and earn” courses.

All verified users will be able to complete a new series of online courses and quizzes to earn free crypto!

Moreover, Binance DeFi staking too added support for the same.