Tomorrow is the big day, minus any last minute pull outs we will have the one and only Ripples Brad Garlinhouse on stage with the CEO of SWIFT Gottfried Leibbrandt. This is the event that the community has been waiting for. Will the gloves come off, or will this just be a good old friendly chat? Time will tell as we are less than 6 hours away. 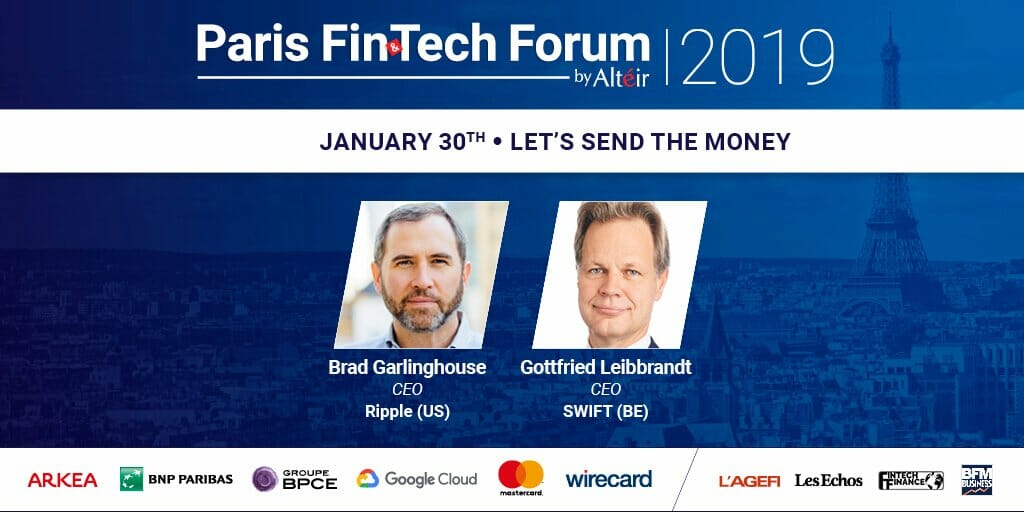 In our opinion, this is going to be a good old friendly debate. Both sides will discuss the history of banking, where we are currently and where they see us going in the future. Alot of hype going into to this, but let’s kill it now. A partnership will not be announced between Ripple and SWIFT. Gottfriend will not be announcing he has joined the Ripple team after he stpes down from SWIFT.

This setup reminds us of the David Schwartz debate a couple months back at Money 20/20. Everyone thought David was going to get super technical at Money 20/20 and really put a licking on Esther Pigg. But David actually did just the opposite. David kept the debate clean and friendly.  David ending up cutting his talking points short as he knew the real reason he was up there: To reprsent Ripple and the professionals that are behind the company.

4:20 AM Let’s Send The Money begins and is scheduled to last for 20 minutes.

Stay tuned for updates, as we will do a follow up in the morning on what went down.