As we covered in yesterday article “Euronet Worldwide Inc (EEFT) Q1 2019 – Ripple NEW Partnership” we took a dive into Ria to see who they actually were and who they worked with and boy did we find a GEM!.

So let’s talk about Ria.  Ria is a Money Transfer company who is a subsidiary of Euronet Worldwide, Inc. which specializes in money remittances. Ria initiates transfers through a network of agents and company-owned stores located throughout North America, Latin America, Europe, Asia-Pacific, Africa and online. So your thinking sooo where is the GEM?

Ria has customers in over 155 different countries with more than 377,000 locations worldwide!  Ria is doing $40 billion in money transfers per year.

“At Ria we have developed the second largest Money Transfer network in the world along with a best-in-class compliance program all connected by our proprietary technology,” Ria’s integration with Ripple serves to build rails for an innovative payment infrastructure that seeks to provide easier access to potential partners, while delivering faster and cleaner payments to its users. Time is a vital currency for our customers and partners, so we always keep it at the center of our innovation efforts.”

But you are probably thinking Walmart 2 Walmart means domestic, well it doesn’t.  here is a list of all the countries where you can find a Walmart. Data was taken from here: Walmart Data

Central Ameria – too many to count

As of now this service is only for stores within the US, including Puerto Rico, But with RippleNet being integrated it makes it possible to send money cheaper and faster so there is room for expansion! This is promising news.

Take a look at this picture: What do you see circled in red. WALMART 2 WALMART MONEY TRANSFER POWERED BY RIA! 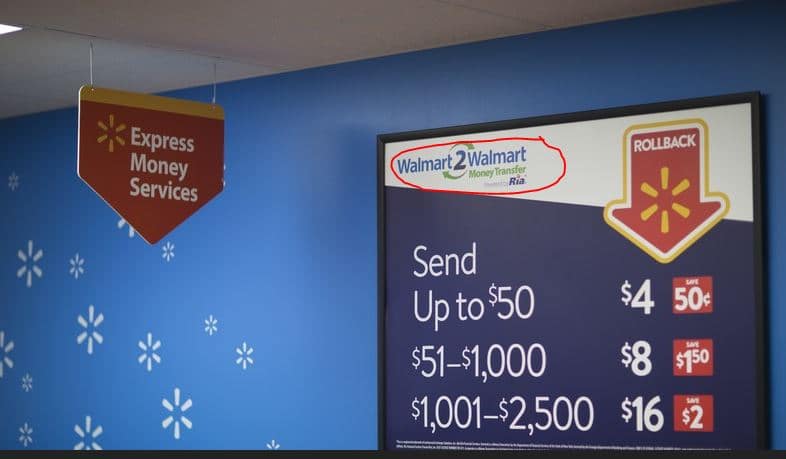