Ripple has touched the range between $0.5-0.55 three times over the past year. Now, the bears are trying to bring the price to this range once again, but will support hold the fourth attempt?

On the daily timeframe, the bears were able to push the price below the support level at $0.63 and turn it into a horizontal resistance (in red).

XRP price continued to drop after the pullback and is now close to the support zone at $0.50-0.55 (in green). Since last month, the bearish momentum in the market began to diminish.

Given that the price had reached the green zone three times in the past year, it is now considered technically weaker support. If the bearish momentum continues to decline, the demand at this level will likely not be able to cope with the supply, in case of another retest of the support. If this happens, support at $0.42 is likely the next stop for XRP. 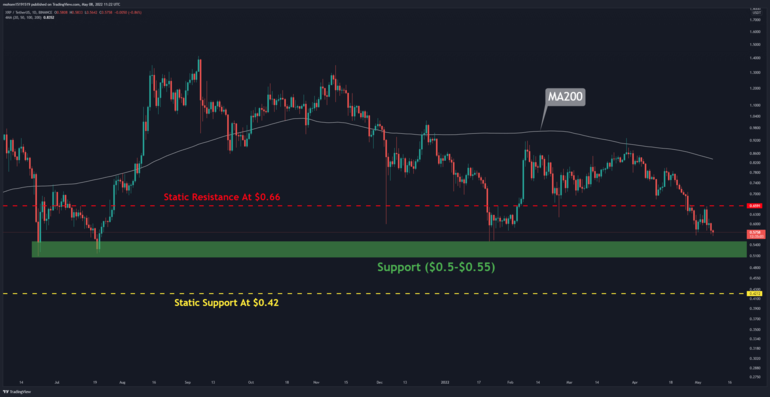 On the 4-hour timeframe, Ripple dropped to short-term support at $0.56 after failing to break above the thick Ichimoku cloud.

Given that the cloud thickness in the resistance zone at $0.60 has decreased, it can be expected that the resistance will likely get retested. Suppose Ripple can not get back to the top of this resistance, it will likely plunge into the $0.5 support area, which is mentioned above. 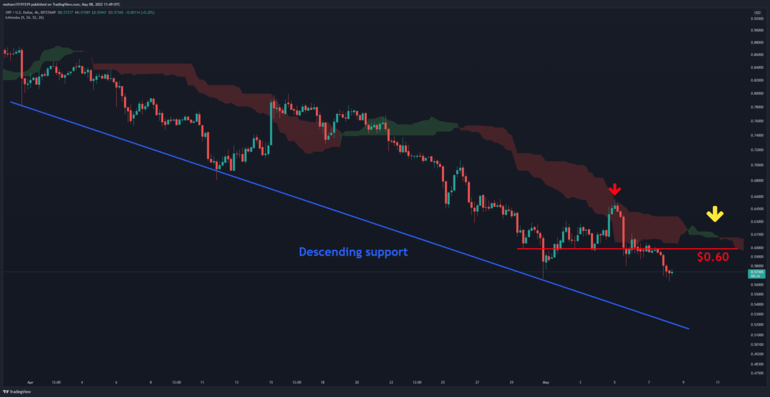