The SEC v Ripple case could gather momentum this week. Judge Sarah Netburn may deliver a ruling on the Hinman docs, which could force the SEC to settle.

Amidst the market reaction to US inflation figures on Friday, minor court rulings had a muted impact on XRP. This was despite the SEC having faced some tough questions at Tuesday’s court-scheduled SEC-Ripple conference.

This week could be a defining moment in the SEC v Ripple case. A court ruling in favor of Ripple Lab may force the SEC into a settlement.

On Tuesday, June 7, the SEC and Ripple attended a court-scheduled conference. Judge Sarah Netburn scheduled the conference, open to the public, to focus on the SEC’s claims that all documents relating to William Hinman’s 2018 speech should fall under the attorney-client privilege.

In 2018, the former SEC Director of the Division of Corporation Finance said that Bitcoin (BTC) and Ethereum (ETH) are not securities.

Following at least six SEC motions to shield the Hinman speech-related documents, the court ruling could decide the outcome of the case.

A ruling in favor of Ripple Lab may force the SEC into an early settlement. The SEC’s attempts to shield the documents raised speculation that the content could be materially damaging to the SEC case. This consensus has fueled the speculation that the SEC would settle in the event of an unfavorable ruling.

There is no scheduled ruling date, meaning the courts could rule at any time. While the crypto winter has sent XRP back to sub-$0.31, a finding in favor of Ripple Lab should prove material for XRP.

A mixed morning saw XRP rise to an early morning high of $0.35 before hitting reverse.

Falling to a new current year low, it was also a first visit to sub-$0.31 since January 2021, which coincided with investor reaction to the SEC lawsuit against Ripple Lab. 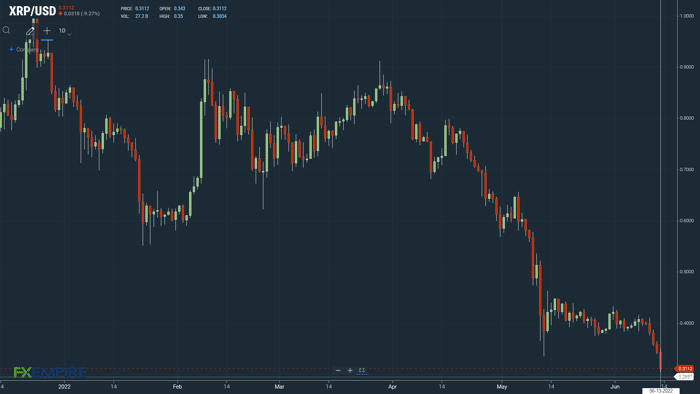 XRP will need to move through the Major Support Levels and the $0.3491 pivot to target the First Major Resistance Level at $0.3588. XRP would need the broader crypto market support to return to $0.35 levels.

In a broad-based crypto rebound, XRP should test resistance at $0.3650. The Second Major Resistance Level sits at $0.3745. 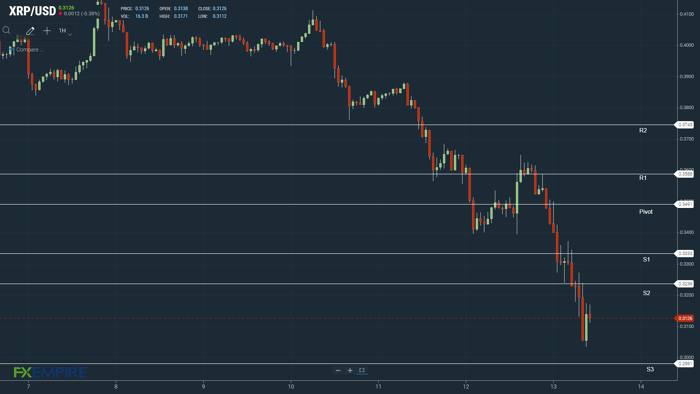 A return to $0.35 levels would support a run at the 50-day EMA. This week, the SEC v Ripple court ruling on the Hinman docs, the Fed monetary policy decision, and forward guidance will be the key drivers. 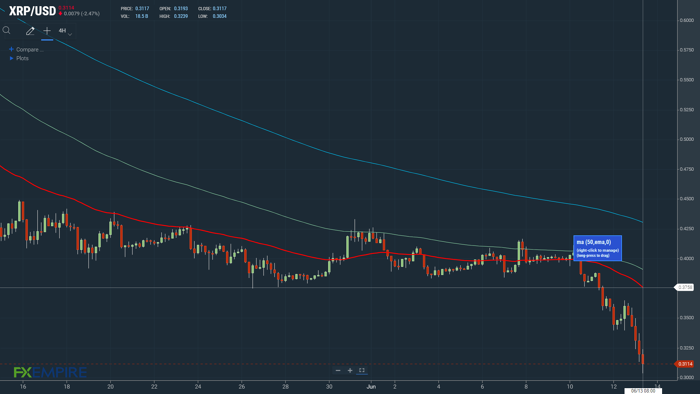