Updates on the SEC v Ripple case have been limited. A court ruling on the Hinman docs could come at any time. Today, Fed Chair Powell will influence.

A choppy start to the day saw XRP fall to an early low of $0.3182 before making a move.

Steering clear of the Major Support Levels, XRP broke through the First Major Resistance Level at $0.3293 to an afternoon high of $0.3368.

A lack of news updates on the SEC v Ripple case continued to leave XRP in the hands of the broader crypto market.

Since June 16, the SEC, Ripple, investors, and the broader crypto market have been awaiting a court ruling on the SEC’s claim that all Hinman’s speech-related documents fall under the attorney-client privilege.

Following the SEC filings on Thursday and Friday, the Amici Curiae was back in focus.

“The Defendants (Ripple) requested that its response to the SEC’s opposition to the amici motion be filed publicly. Judge Torres is giving the SEC a chance to propose its own redactions to the Defendants’ response by June 23.”

“Judge Torres is saying that before she lets the Defendants file a response publicly, the SEC gets a chance to say if there is something in the response that should not be public and why. She wants to see what the SEC wants redacted and then rule on everything at the same time.”

The Amici motion has become another bugbear for the SEC.

In May, the SEC filed an extension to oppose the amici curiae counsel letter requesting to participate in a briefing relating to the expert challenge.

“Deaton represents 67k ACTUAL XRP HOLDERS and wants to present what they were ACTUALLY thinking.”

For the Amici Curiae, the big issue is that the SEC planned to present expert testimony on what XRP holders were thinking when buying XRP. The SEC motions suggest that the SEC aims to prevent actual XRP holder representations and to solely rely on SEC expert witness testimony.

The latest moves are less material to the outcome of the case, or appear to be less so, at present. For now, the ruling on the Hinman speech-related docs will remain the key focal point.

The First Major Support Level at $0.3190 limited the downside early on. 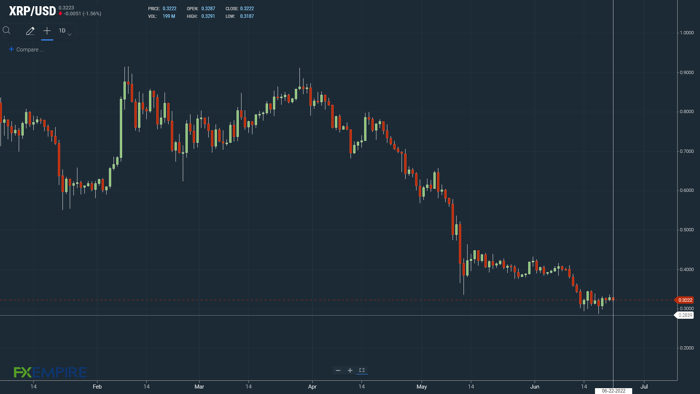 XRP would need the broader crypto market to support a breakout from the morning high of $0.3291. 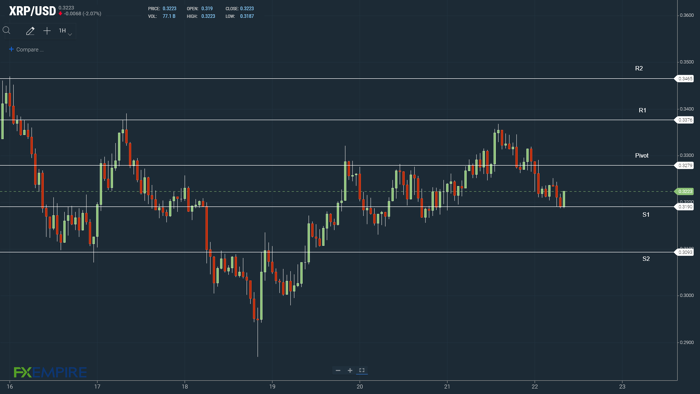 Significantly, XRP fell back through the 50-day EMA this morning, signaling a bearish session. 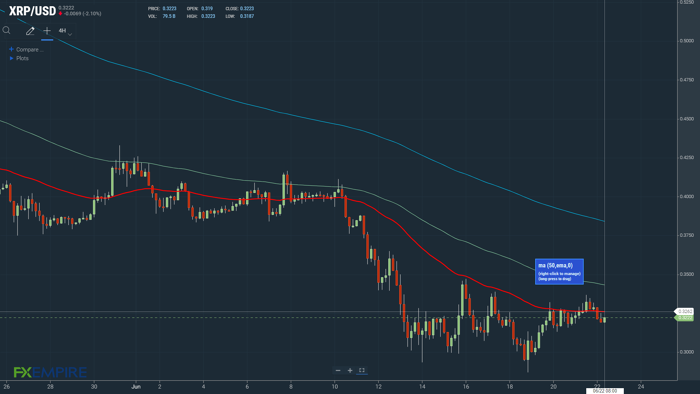