It was a bullish Friday session for XRP and the broader market. With court rulings pending, investors could get edgy as the SEC battles the Hinman ruling.

While steering clear of the Major Support Levels, XRP broke back through R1.

There were no updates from the SEC v Ripple case to provide direction. On Thursday, the Ripple defense made their most recent move as investors await the Hinman speech-related docs court ruling. The pending rulings include,

The former SEC Director of the Division of Corporation Finance, William Hinman, sits at the center of both rulings. In a famous 2018 speech, Hinman said that Bitcoin (BTC) and Ethereum (ETH) are not securities.

With no updates for investors to consider, a 528k increase in US nonfarm payrolls was the highlight of the Friday session. The surge followed a 398k rise in June, leaving the unemployment rate at 3.5% 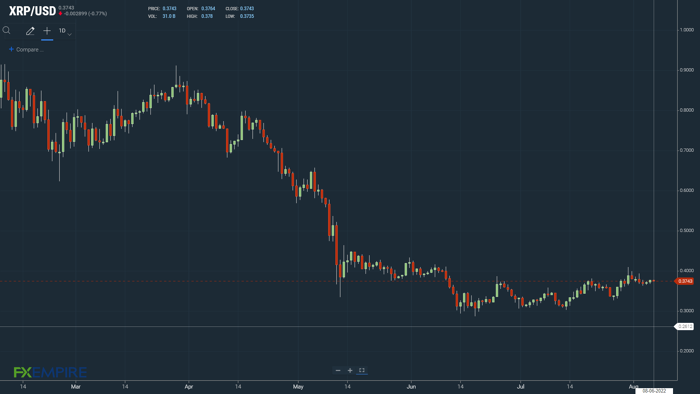 XRP would need support from the broader market to break out from the Friday high of $0.3781.

In the case of an extended crypto rally throughout the session, XRP could test the Second Major Resistance Level (R2) at $0.3849 and resistance at $0.3900.

A fall through the pivot would give the bears a look at the First Major Support Level (S1) at $0.3696.

Barring an extended sell-off, XRP should avoid sub-$0.36. The Second Major Support Level (S2) at $0.3629 should limit the downside. 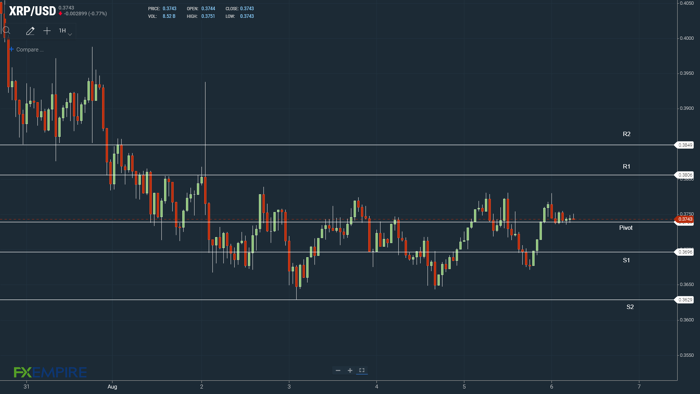 XRPUSD 060822 HourlyThe EMAs and the 4-hourly candlestick chart (below) sent a bullish signal. 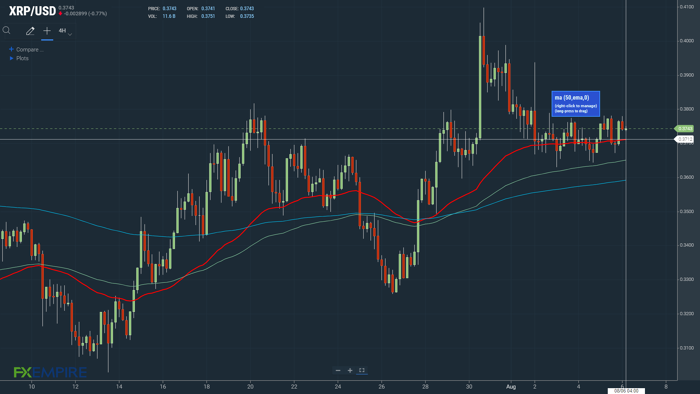