XRP trailed the front runners on Tuesday, with uncertainty towards the SEC v Ripple case remaining a bug-bear for XRP holders.

There were no updates from the SEC v Ripple case to provide direction on Tuesday. The lack of news left investors on a cautious footing. As the parties progress, the bigger question is whether the SEC and Ripple will settle or battle it out in Court.

Recent Amicus brief filings have given the Court a view from a different lens vis-à-vis the uses of XRP. Companies, including I-Remit, TapJets, and SpendDBits, filed Amicus briefs demonstrating how XRP fails to satisfy the third prong of the Howey Test.

One other area of focus remains the Hinman speech-related documents. The Court is due to respond to the SEC request for ‘in camera review proposed redactions to two drafts of Director Bill Hinman’s June 2018 speech that discuss pending determinations before the Commission.”

The outcome of the Court decision could influence whether the SEC and Ripple will settle or go to trial.

William Hinman remains a central figure in the SEC v Ripple case despite the SEC’s best efforts. In a famous 2018 speech, Division of Corporation Finance, William Hinman, said that Bitcoin (BTC) and Ethereum (ETH) are not securities. 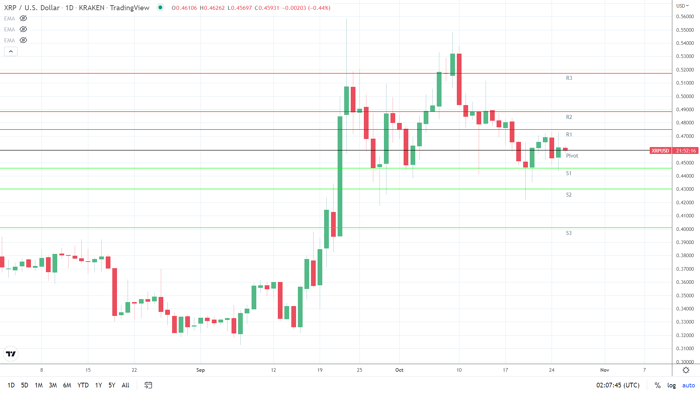 XRP needs to avoid the $0.4591 pivot to take a run at the First Major Resistance Level (R1) at $0.47484. Updates from the SEC v Ripple case and broader crypto market sentiment will continue to provide direction ahead of US economic indicators later in the day. 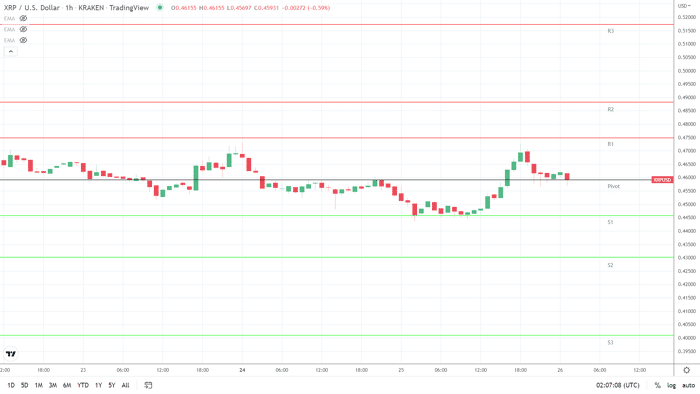 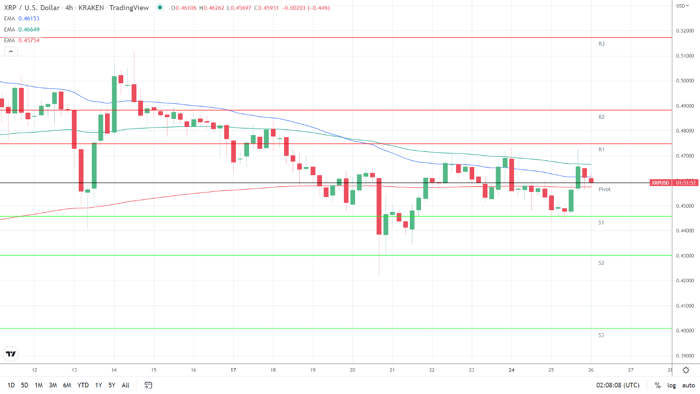