Market angst over the de-pegging of TerraUSD (UST) and the collapse of Terra LUNA continued to weigh on investor appetite. Adding downside on Thursday, however, was Tether (USDT) losing parity with the dollar.

Later today, Ripple defendants are due to respond to the SEC’s brief claiming the Hinman documents are protected by the attorney-client privilege.

The SEC is then due to respond to Ripple Defendants’ comments on May 18.

A strong response would leave the SEC under pressure ahead of its May 18 reply to today’s reply.

By way of background, William Hinman, former SEC Director of the Division of Corporation Finance, is a central figure in the SEC v Ripple case.

Hinman said that Bitcoin (BTC) and Ethereum (ETH) are not securities in a 2018 speech. The SEC is looking to shield documents and emails relating to internal discussions and Hinman’s famous speech.

XRP broke through the First Major Resistance Level at $0.4299. 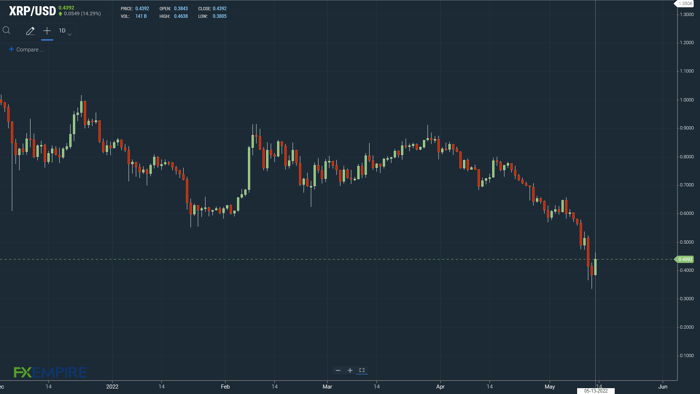 In the event of an extended rally, XRP should test resistance at $0.50. The Third Major Resistance Level sits at $0.5688.

A fall through the pivot would bring the First Major Support Level at $0.3367 into play.

Barring another extended sell-off throughout the day, XRP should avoid sub-$0.30. The Second Major Support Level sits at $0.2886. 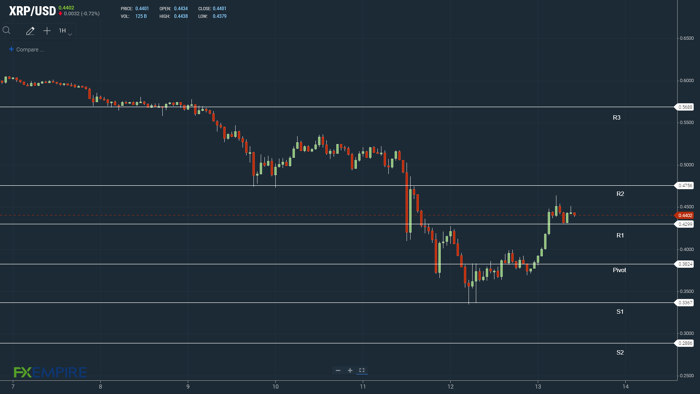 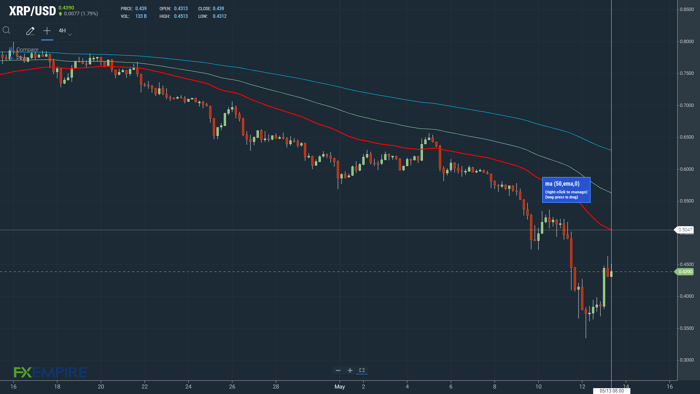