XRP is under pressure going into the afternoon session. News updates from the SEC v Ripple case are a price drag, as Ripple seeks authentication.

US corporate earnings and economic indicators failed to deliver prolonged support, with XRP coughing gains after the US market close.

On Wednesday, fears of an economic recession subsided. The all-important ISM Non-Manufacturing PMI unexpectedly increased in July, a positive signal for the US economy.

In July, the ISM Non-Manufacturing PMI unexpectedly rose from 55.3 to 56.7. Economists forecast a PMI of 53.5. With services accounting for more than 70% of the US economy, the numbers also delivered the FOMC hawks a reason to skew towards a 75% basis point rate hike in September.

Fears of a more hawkish Fed likely contributed to the late pullback, as investors locked in profits.

From the SEC v Ripple case, the Ripple defense team made its latest filing as parties await the court decision on the SEC objection to the court denying the SEC’s claim that William Hinman’s speech-related documents fall under the attorney-client privilege.

The former SEC Director of the Division of Corporation Finance said that Bitcoin (BTC) and Ethereum (ETH) are not securities. Hinman delivered the speech in 2018, over two years before the SEC filing of the lawsuit against Ripple.

Interestingly, the SEC couldn’t confirm or deny if the video of Bill Hinman was Bill Hinman despite Hinman being a former SEC Director of the Division of Corporation Finance.

The latest move follows previous requests for the SEC to authenticate recorded statements totaling seven, among the recordings being one of William Hinman.

To date, the SEC has refused to admit or deny the authenticity of the recorded statements. SEC Chair Gary Gensler and the SEC are vying to become the crypto watchdog. Lawmakers on Capitol Hill could have an issue giving such a coveted task to an agency unable to identify its employees. 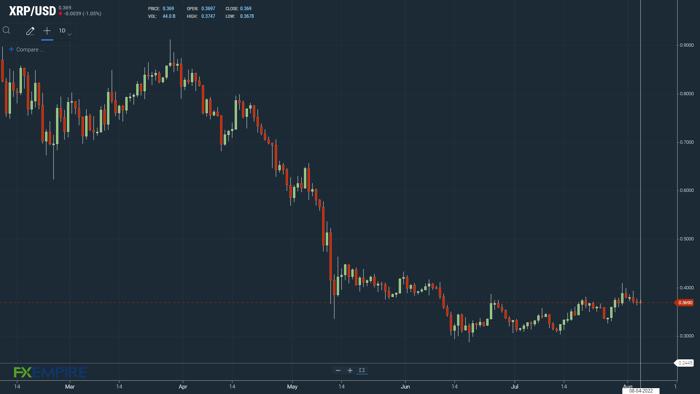 XRP would need support from the broader market to break out from the morning high of $0.3747.

In the case of an extended crypto rally, XRP could test resistance at the Second Major Resistance Level (R2) at $0.3845 and resistance at $0.39.

Failure to move through the pivot would leave the First Major Support Level (S1) at $0.3626 in play.

A Hinman ruling in favor of Ripple, XRP should break down the resistance levels to target $0.45. Another long delay to a court ruling could test investor resilience. 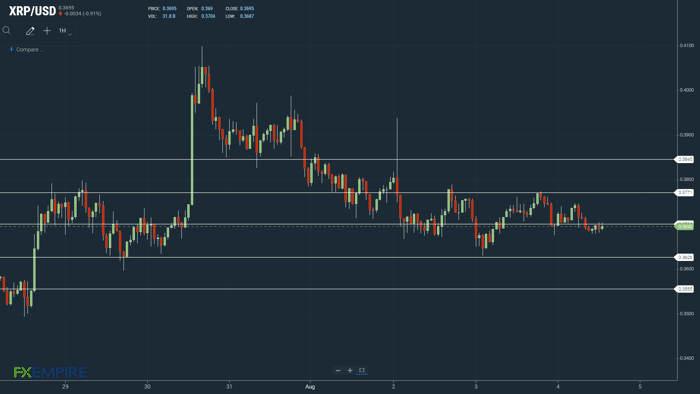 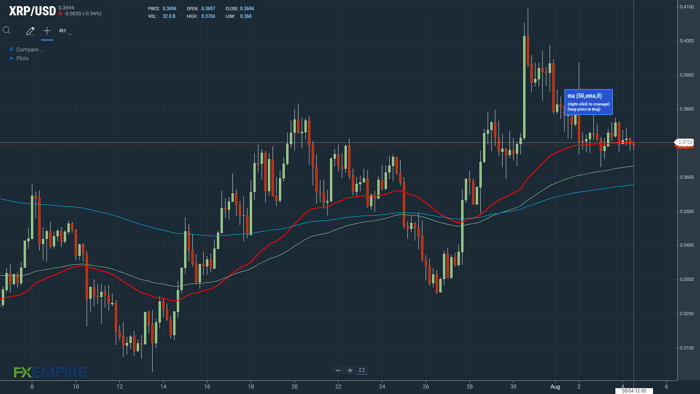