The SEC battle against Ripple looks set to resume, with Ripple Lab to respond to the SEC’s attempts to shield William Hinman’s speech-related documents.

On Wednesday, XRP tumbled by 19.1%. The sell-off came as investors prepare for another Sec v Ripple court date. Reversing a 5.23% gain from Tuesday, XRP ended the day at $0.4152.

Crypto market conditions have yet to improve, while XRP investors need to turn attention to the next SEC v Ripple court date.

On Friday, Ripple defendants will respond to the SEC’s brief claiming the Hinman documents are protected by the attorney-client privilege.

The Securities and Exchange Commission is then due to respond to Ripple Defendants’ comments on May 18.

For Ripple Lab, a motion against the SEC could wrap up a case that has continued to draw interest since 2020.

Hinman, former SEC Director of the Division of Corporation Finance, is a central figure in the SEC v Ripple case.

By way of background, Hinman said that Bitcoin (BTC) and Ethereum (ETH) are not securities in a 2018 speech. The SEC is looking to shield documents and emails relating to internal discussions and Hinman’s famous speech.

However, William Hinman’s influence on the case goes beyond the famous 2018 speech.

Last year, FX Empire reported on Empower Oversight filing a lawsuit against the SEC. The lawsuit claims that former SEC officials were biased against Ripple Lab and XRP in favor of Ethereum.

In January, non-US XRP investors petitioned for an investigation into the SEC’s moves against Ripple Lab. The petition claimed,

“The SEC enforcement actions on cryptocurrencies have involved the appearance of improper ties and conflicts of interest among officials, and should be investigated.”

The petition also pointed out that petition attorney John Deaton,

“Has compiled evidence that SEC officials may have colluded with outside parties to regulate cryptocurrencies in line with their personal financial interests.”

While the SEC focuses on the Hinman speech documents and emails, the conflict of interest remains another Achilles heel in the SEC’s case.

Simpson Thacher forms part of a group that promotes Enterprise Ethereum. Hinman’s 2018 speech caused an ETH spike ahead of the SEC’s lawsuit against Ripple lab that caused a sharp XRP sell-off.

The continued lack of attention on the ethics office emails and alleged conflict of interest has given Empower Oversight cause for more action.

According to the announcement,

“Empower Oversight sent a letter to the Office of the Inspector General of the Securities and Exchange Commission (SEC-OIG) requesting a comprehensive review of the SEC’s ethics officials to properly manage SEC official William Hinman’s potential conflict of interest regarding cryptocurrency issues.”

The press release also highlights that Hinman received more than $1.5 million in retirement benefits from Simpson Thacher while under the employment of the SEC. Hinman re-joined Simpson Thacher in 2021.

With the Securities and Exchange Commission under pressure from Empower Oversight, the next 6-days could prove pivotal in the SEC v Ripple case. 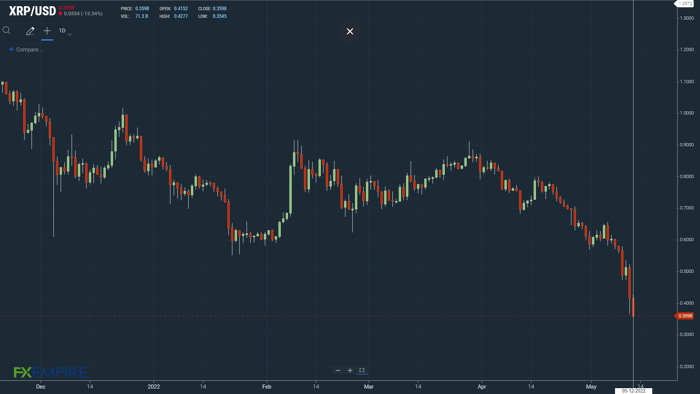 XRP will need to move through the $0.4344 pivot to target the First Major Resistance Level at $0.5032. XRP would need broader crypto market support to breakout from $0.45.

Failure to move through the pivot would bring the First Major Support Level at $0.3467 into play.

Barring another extended sell-off throughout the day, XRP should avoid sub-$0.30. The Second Major Support Level sits at $0.2778. 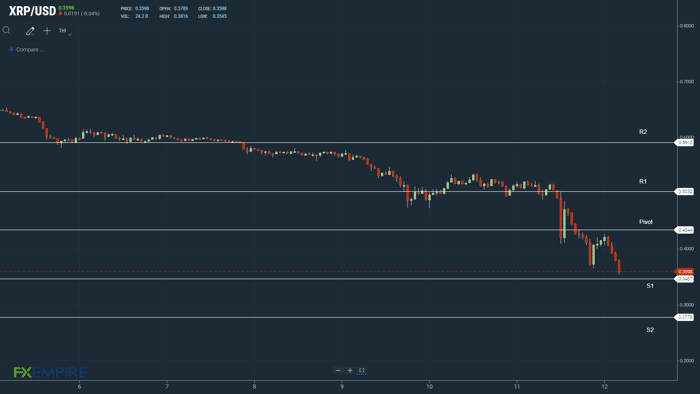 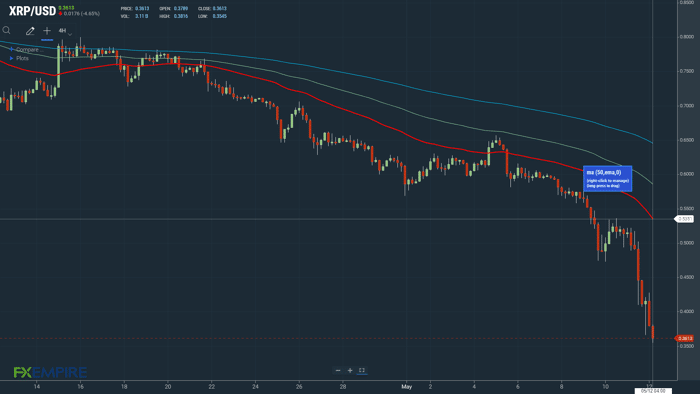