XRP remains stuck in a rut as investors look out for the latest court ruling in the ongoing SEC v Ripple case, which hangs in the balance.

While XRP left the day’s Major Support and Resistance Levels untested, support at $0.40 was the key.

There were no major news updates from the SEC v Ripple case to provide direction. Market participants are awaiting a court ruling on an SEC brief that documents and emails relating to William Hinman’s 2018 Speech are protected by the attorney-client privilege.

William Hinman, former SEC Director of the Division of Corporation Finance, has become a central figure in the ongoing SEC v Ripple case.

In a 2018 speech, Hinman said that Bitcoin (BTC) and Ethereum (ETH) are not securities.

Since a defense motion, in August 2021, to compel the SEC to provide documents and emails about the Speech, the SEC appears committed to shielding the speech-related documents.

“Since the Defendants filed this motion to compel nearly nine months ago, the Court has twice overruled the SEC’s improper deliberative process privilege objections. Notwithstanding that, and close of fact and expert discovery, the SEC continues to withhold all documents related to a former SEC official’s June 14, 2018 speech.”

Since both parties have responded to the SEC brief, it now sits with the Court to make a ruling.

Considering the SEC’s fervent efforts to shield the documents, information within the documents is likely to be material to the case and possibly influence the outcome.

A ruling in favor of Ripple could materially balance the scales in favor of the defendants.

While parties concerned and the markets await a court ruling on the Hinman documents, Ripple has also been pushing for the SEC to deliver on Requests for Admissions (RFAs).

As shared by defense attorney James Filan, Ripple filed a Motion to Compel concerning the SEC’s failure to respond to the Defendants’ fourth set of RFAs.

The Ripple Defense focused on seven key areas and 53 RFAs to which there is no real dispute and 26 RFAs seeking authentication of record remarks by SEC Commissioners and senior officials.

The areas of focus include,

The RFAs in the category of authenticity of recorded remarks by SEC personnel have drawn media interest.

Here, the Ripple Defense is merely requesting the SEC to,

“concede the genuineness of a limited number of recorded public remarks made by the SEC’s own commissioners and senior officials while they served the SEC – all but one of whom are custodians in this litigation for discovery purposes.”

For each RFA, totaling seven, the SEC needs to,

“Undertake a reasonable inquiry and admit or deny the request – including a working hyperlink to the recording, the speaker, and the location and the date of the remarks.”

To date, the SEC has reportedly refused to admit or deny the authenticity of the recorded statements, claiming insufficient information. Among the recordings is one of William Hinman. 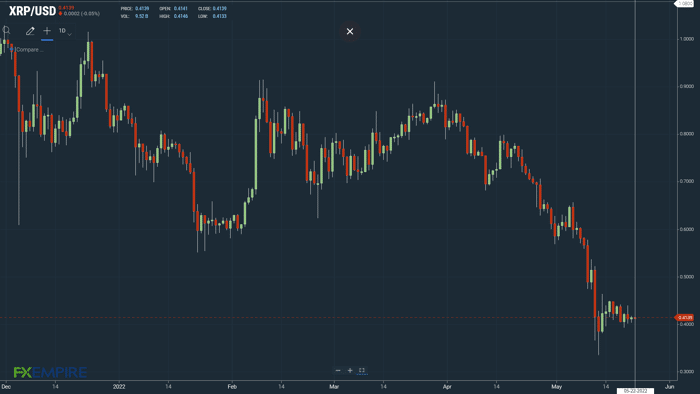 XRP will need to avoid the $0.4201 pivot to target the First Major Resistance Level at $0.4201. XRP would need broader crypto market support to break out from Saturday’s high of $0.4175.

Barring another extended sell-off throughout the day, XRP should avoid sub-$0.3950. The Second Major Support Level at $0.3970 should limit the downside. 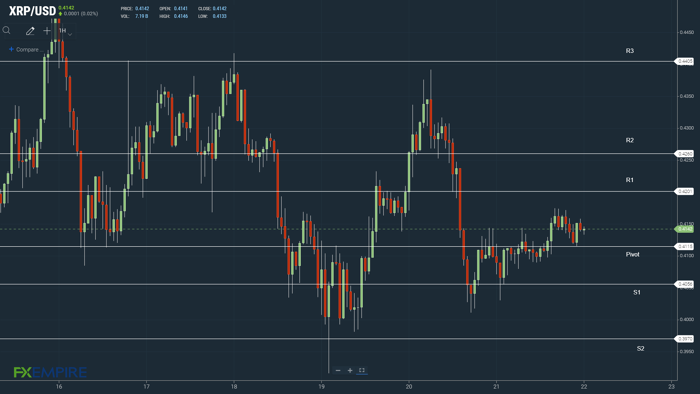 A move through the 50-day EMA would support a return to $0.50. A court ruling on the SEC’s claim of attorney-client privilege will be the key. 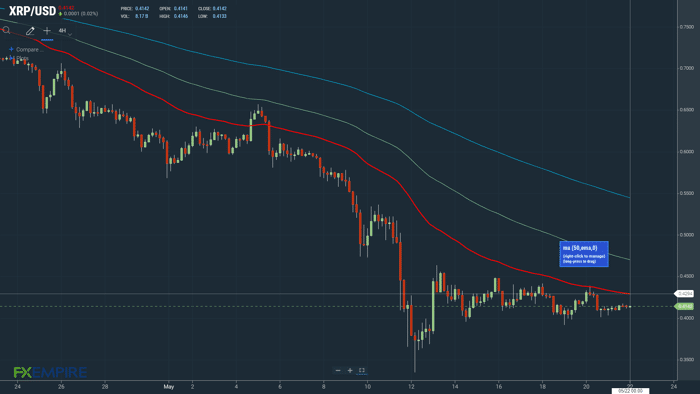